A look at asl-puml and how it emits a PlantUML state diagram from a AWS Step Functions json file. All the step functions I’ve implemented began as simple state diagrams in the PlantUML language. After implementing them as AWS Step Functions, it’s nice to be able to still view the actual process definition in the style from the original design document.

The following process definition is from the AWS examples. It shows the use of DynamoDB to implement a semaphore. It doesn’t exercise a lot of different types of states but it’s a simple one to start with.

The one odd thing about this definition is that it contains two uses of a Parallel state with a single Branch. This is odd since you would expect multiple branches to be defined for a Parallel. The following is from a comment in the source:

Containing this in a parallel allows for visual separation when viewing the state machine and makes it easier to reuse this same logic elsewhere if desired.

This approach permits easier copy/pasting of this ASL across process definitions but that isn’t something I’d ever do. That leaves just the logical grouping of the states for display purposes. That’s not a strong enough use case to warrant a separate state in the definition. This is something best achieved outside of the process source. 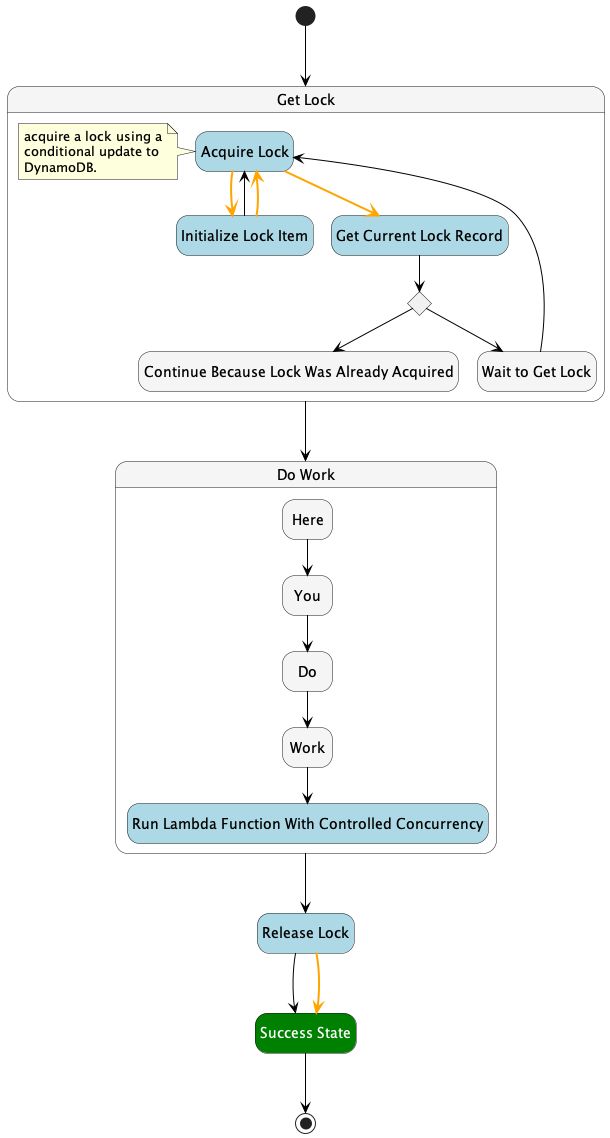 Example without the extra states:

Notice there are Get Lock and Do Work states but they are drawn with dotted lines. They are composite states introduced simply to support the logical grouping. This is done via the diagram’s config and doesn’t require additional states in the process definition. 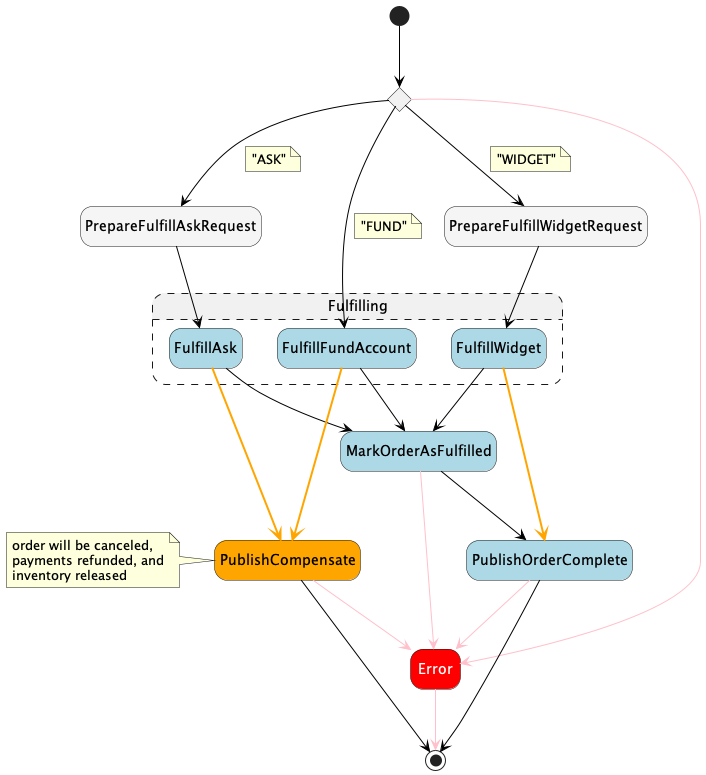 The above was generated with the following config:

compositeStates allows one or more regular expressions to control the logical grouping of states in the diagram.

comments allows one or more regular expressions to enable the rendering of a State’s Comment field.

compensation allows one or more regular expressions to mark a state as being part of the compensation workflow. This is important for step functions that have cleanup to do in the case of a fault.

lines allows styling transitions from a caught error or to a fail state. This helps convey the error handling of a process.

I like the code coverage report I get for my Typescript code with Jest and would like something like this for my step functions as well. The executed state machines are available in the emulator so it seems possible to produce a single diagram that showed the covered paths and drew attention to the uncovered paths.